The announcement of The Last of Us by Naughty Dog came as a surprise to me. The existence of such a title feels useless really, when you have the market saturated with zombie titles. But then again 80% of the zombie titles out there leave little to be desired, and such an amazing team could just pull this off and even manage to bring something new to the table. Following my earlier preview I was extremely happy with the demo I got to try out, and I couldn't wait to see more of it. So once I got my hands on the title I couldn’t keep my pants on with the excitement, and I jumped into this adventure with high expectations.

Audio and Video: Ever since the first screen shots showed up on the internet, you could clearly see the level of visuals this title has are over the top. The lighting is amazing and the textures are jaw dropping. Match these with an impressive physics engine and creative environments, and you get a marvel. The attention to detail is borderline insane, and the Enemy Artificial Intelligence is something akin to Killzone’s A.I. which was amazingly good. Weather effects, and water structure in the game is something impressive, I mean the visual effects presented in the game are as good as it gets in this generation. The sound aspect of the game is something unparalleled. Being the audiophile I am, I can safely state, that this game has the best sound quality ever implemented in a game ever. The surround effects are brilliant, the voice acting is great, and the SFX is pretty damn realistic. The lifelike experience created by the sound, simply immerses you in the post apocalyptic world of the Last of Us, and make the game that more enjoyable. The only problem with the sound I found was the final hour of the game, where some dialogue cuts out, so I do suggest having the subtitles always on.

Gameplay: Well this title can be described as the bastard child of Uncharted and any zombie title in the industry. But is this the kind of game the industry needed? This third person action title amalgamates RPG elements to shooting and stealth combat. If you had to separate all three elements I wouldn’t even dare to praise any of them. Shooting is a bit off just like any Uncharted title, and with such an easy and quick way to get killed by the overwhelming amount of enemies, I would have like it to be better. But everyone seems fixated with the notion that Joel is an average Joe and shooting abilities had to be toned down to add to the realism. Are you kidding me? Joel has survived 20 years by shooting anything that remotely moves, so I can safely assume he’s one good shooter. Seeing as how shooting is not that good, you would think that the stealth is amazing, but you would be wrong. The stealth elements are average at best. Tomb Raider made a better job at it in all honesty. The biggest issue in this aspect is their decision to use the triangle button to do everything. If there is an object you can interact with next to a victim you’re about to subdue, Joel will pick up the object and blow his cover, which tends to be frustrating. The bow and arrow should be a weapon of choice for stealth, but due to the fact that you can’t reuse the arrows from dead bodies (which is moronic), you will rarely make use of it since ammo is scarce. The RPG menu system is at least decent, especially the crafting and weapon upgrading section, although without ammo for most of the gameplay, weapons are pretty useless. Weapon selection is a bit frustrating due to the time wasting. Again the developers made the design choice for you to opt for stealth rather then head on combat. The button configuration is not that intuitive, though you will get the hang of it after some time. The gameplay gets more intense and better half way through the game. The pacing in the game is great, and the difference between combat with zombies and combat with humans gives this game great diversity, and allows the horror sections to be more tense and immersive. The companions throughout the game seem to always be in the way which does hold you up some times, and certain sections are on rails, so if you find an alternate way to perform an action, the game will require you to do what it wanted you to do before progressing.

Personal Experience: The Last of Us started off on a very high note, with perhaps the most spectacular opening scene I have ever experienced in a game. The attention to detail and the sheer realism of the sequence brings this game to a whole new level. The story narration was good, albeit it did lack originality. It might be that I am a fan of Zombie Movies, but I could see what’s coming in every single cut scene. It felt like I was familiar with the story even though it was the first time I played it. But I can’t hold Naughty Dog responsible when the theme they chose for the game has been used since the 70s. Giving this game a 10 out of 10 wouldn’t be a fair rating in my opinion, because I would be saying that this game is in the same caliber of Telltale’s The Walking Dead and Bioshock Infinite, when in reality it’s far from that. Little nuisances with the game could have been avoided and might have improved the overall experience. 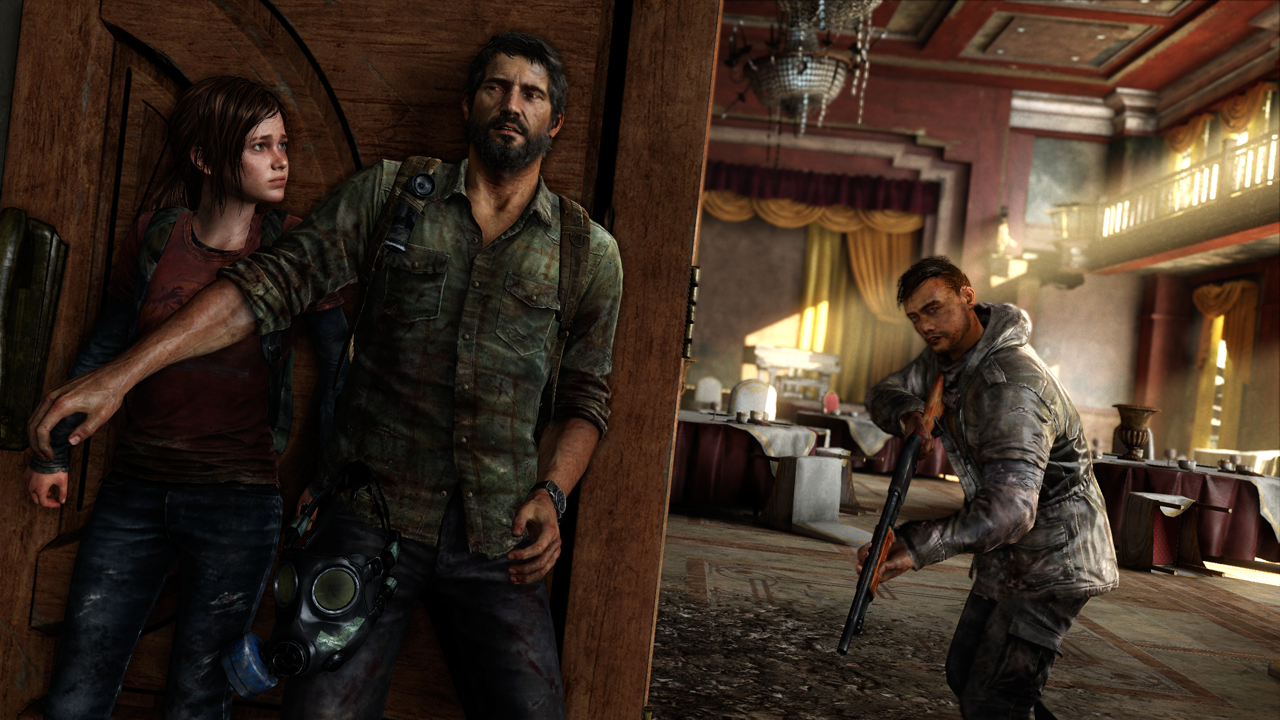