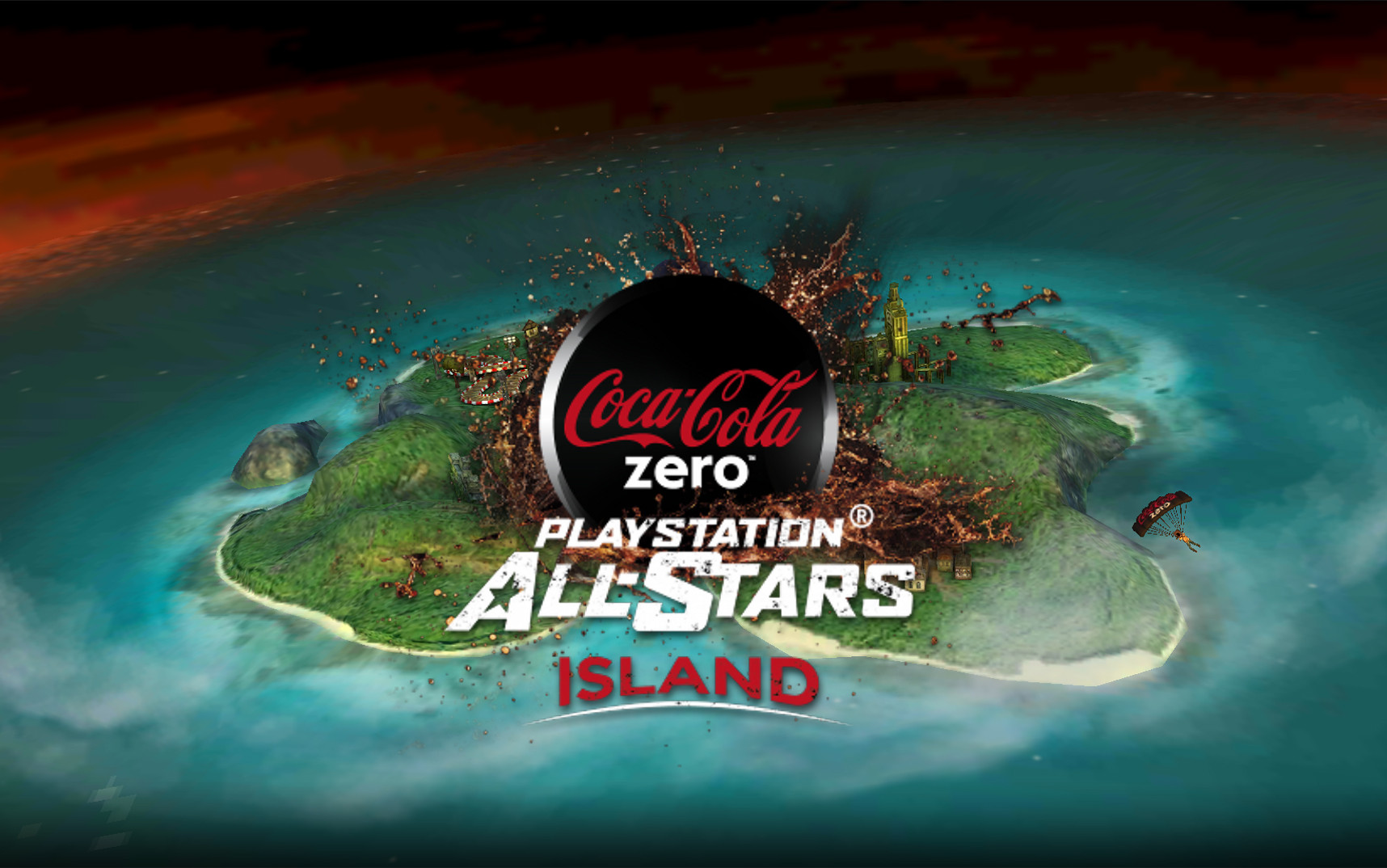 Sony have just announced PlayStation All Stars Island, an iOS and Android game compilation featuring some of the most beloved PlayStation franchises in a cross promotion with Coca-Cola Zero.

What is PlayStation All-Stars Island?

PlayStation All-Stars Island is a joint promotion with Coca-Cola Zero offering FREE to download mobile games for IOS and Android.

The game takes place on the PlayStation All-Stars Island and consists of a collection of smaller game experiences using themes from various PlayStation franchises. Games are based on successful PlayStation IPs – Uncharted, LBP Karting, inFAMOUS and Gravity Rush. Players will be able to earn special Coke Zero moves within the game that ‘make the impossible possible’ e.g. Drake and Cole enter the LBP world.

Who developed the game?

Zoink Games is the developer

Which game characters are included?

How does the game play work?

The ‘All-Stars Island’ is a fictional, fantasy island that has been created to host the best and most exciting characters from PlayStation games. The Island is divided into 4 zones, with each zone representing one franchise (Uncharted, LBP Karting, inFAMOUS and Gravity Rush) and containing a mini game.

All the mini games are based on successful mobile game play and are endless, allowing the player to keep going until they fail.

Players are tasked with collecting Coke Zero orbs that are used to unlock special Coke Zero ‘MAKE IT POSSIBLE’ moves. There is one experience bar per mini game, per character and the player must fill all of the board to have all of the special moves.

On what device can I play the game?

The game is available to download free across iOS and Android platforms starting this summer.


A QR code on the label of participating Coca-Cola Zero bottles will offer players exclusive downloads as well as access to Coke Zero booster moves (market dependant, markets to amend as necessary)