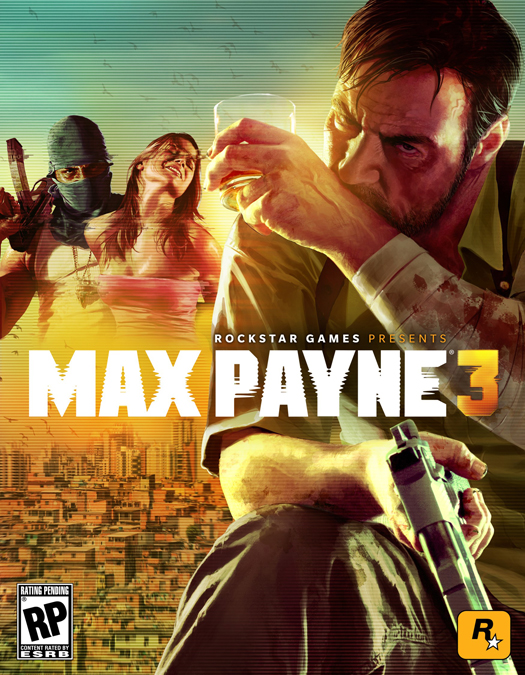 It's the mid season, and we're getting closer and closer to Summer, which means that game releases are dying out, and we have to wait for months before anything interesting hits the shelves. The Max Payne franchise is a lot like Marmite, you either love it or hate it, and I’m not particularly fond of the previous titles but i thought I should try this title simply for the effort put in reviving the series, and just for the records, I do love Marmite.

Plot: The title focuses on an addicted and alcoholic Max Payne, years after the assassination of Vladimir Lem and his retirement from the NYPD. Max has a tough time coping with his past, and to make ends meet he agrees to start a security job for the Branco Family in Brazil, accompanying his old acquaintance Passos. The Branco family is made up from three brothers, Victor, a powerful politician, Rodrigo, a successful and rich business man, and Marcelo, the young black sheep of the herd. A masked gang, known as the Comando Sombra, crash a charity event organized by the family, and kidnap both Rodrigo and his young wife Fabiana. Even though outnumber Max has to try and save the family members, and I guess you have to pick up the game to know whether he did or not. The story unravels as the game progresses with the Comando Sombra targeting the rest of the family, and it’s up to Max and Passos to stop them in their trails and discover the reasons behind these attacks.

Audio and Video: Nine years have past after the last title in the series, and you can clearly see through the visual characteristics of the game that Rockstar wanted this title to stand out and be a strong start to reinvent the series without loosing its heritage. The cinematic design aspects immerse you in Max’s traumatic past and his strive to live a normal life, the effects create a jaded feeling leading you to feel detached from the real world when looking at what Max’s life has become through his own eyes. The new setting of the game allows the series to move away from the dark and gloomy New York feel into a warmer and crisper vibe resembling the CSI Miami series or Uncharted 3. The only issue i had with the graphics was that some of the textures were way to shiny particularly the skin and clothing, and some of the faces looked like they came out straight from a Horror B-Movie. The impact engine used to render the body’s counter actions as they are hit by bullets is amazingly good, giving the game an extremely genuine and realistic feel, and proving how much attention to detail has been invested in this title. The bullet cam and ‘Last Man Standing’ sequences are also fantastically well made, giving the game that extra cinematic feel which always keeps you hooked.The surround quality, voice acting, soundtrack, and SFX of this title, are very well made which keep on adding cinematic and realistic attributes to this game.

Gameplay: Like the previous titles, Max Payne 3 is a third person shooter, and the gameplay mechanics are still pretty much the same, just better. You can either shoot normally like in any other shooter, even behind chest-high walls, or else jump in the air slowing time to shoot your enemies more accurately. Health can be restored by popping pain killer pills, and you are only allowed a limited amount of these said pills. The control set up is a bit hard to get used to, but after the first couple of action sequences you do get used to them. The pacing is a bit slow at times with the title focusing heavily on the story telling aspect, but the cinematic narratives are gripping and entertaining, so you don’t seem to be bothered.

Personal Experience: In today’s competitive market, not a lot of games manage to find a balance between the gaming and the narrative aspects, but Max Payne 3 has just done that, simple yet entertaining mechanics that keep you gripped and flow well with the immersive narrative of a well written story. This title impressed me to say the least, I’m glad to see that much needed improvements have been implemented which allowed fans and newcomers enjoy this title thoroughly. Even though as time goes by I'm getting sick and tired of reviewing shooter after shooter, Max Payne 3 stands out by throwing in a couple of innovative mechanics in the equation, making it the lesser of two evils.