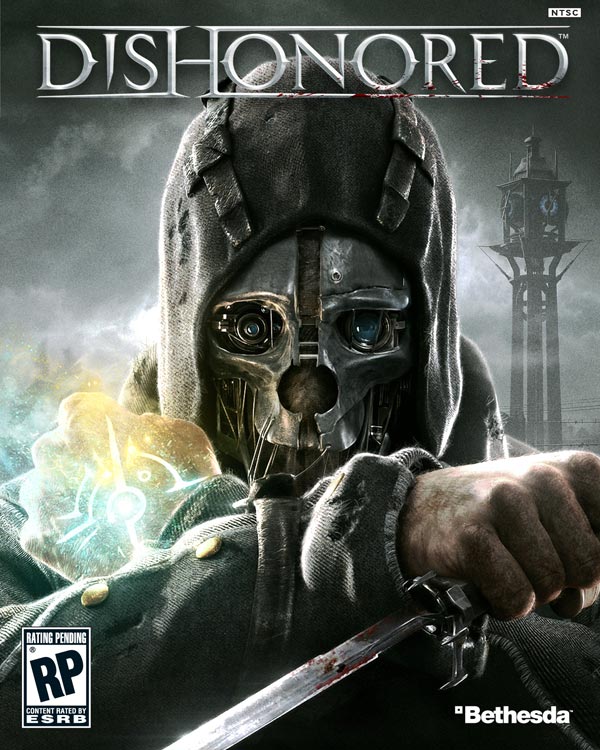 Ever since I first heard of Dishonored, I simply couldn’t wait to get my hands on it, and the closer we got to the release date the more hyped I got. Once the title hit the shelves I cracked open an ice cold Guiness took my pants off, and went in full gaming mode. I took my time playing through the title and didn’t rush through it, to get the most out of the experience, scrutinize the awesome environments.

Plot: The game is set in an industrialized Victorian city of Dunwall, where steampunk technology is way ahead of its time and the black plague is running wild. The lead character in the title, Corvo, is framed as the assassin of the Empress. Corvo joins a covert group, known as the Loyalists, who intend to overthrow the corrupt government running the city after the Empress’ murder. Corvo becomes their go-to guy to assassinate or kidnap key characters in the game, which will result in the demise of the government or total chaos.

Audio & Video: The stylization of the scenerie and characters is something pretty unusual, which managed to grab the interest of people who are sick of the repetitiveness of most of the triple A titles out there. The console version of the Dishonored seems to be suffering from severe screen tearing, which tends to be really annoying especially in high action sequences. The majority of the stuff in game is rendered pretty well, and the textures are great, although I still don’t understand why coins are so boxy. Some of the voice acting in the game feels forced or over dramatized, but at least the main characters in the game seem to be well represented. The audio and surround effects are great, and the sound track really blends well with the overall look and feel of the game, which manages to build up tension really well.

Gameplay: The gameplay is pretty straight forward, you have to complete objectives set by the Loyalists in the stealthiest possible way, and with the least number of kills, because an increased number of corpses will in-turn spread the plague and change the outcome of city upon completion. The missions vary somehow, which aids in the non-repetitiveness of the title, and some mechanics are really immersive, so much so, that you can lose the track of time very easily. The game takes stealth to a whole new level of badassary, and manages to burn into your head the concept of waiting for that right moment to move in for the kill. You end up spending a lot of time looking through keyholes to make sure no one is behind the door, examining the environments to find other paths to get to your target, and be extra cautious before making each and every move. The gameplay gets exponentially harder, and if you intend on rushing through the game without collecting runes (which are used to upgrade your limited number of powers) you’re going to get stuck quickly. The powers available are pretty limited, and so are the weapons allowed to carry along. You’ll be able to wield two weapons, one of which can be a power, but you will not be using weapons often.

Personal Experience: In my opinion the story is a bit bland, it feels like there is something missing, it’s either because we got used to amazing story-telling in games lately, or because the game is so short it needed that something extra to make up for it, and with such a great premise it just feels like a missed opportunity at making something good, great. This title is simply the bastard child of Assassin’s Creed and Skyrim, and it’s a nice change of pace, so I really recommend anyone who’s a gamer to try this title, even though the story and length fell short of meeting my expectations.