Curiously enough not all Xbox 360 Gold members have been receiving this gift. A user on gaming forum Neogaf has received it following a seven year Gold subscription and an Xbox One Preorder achievement. Microsoft have yet to issue a press release stating who is qualified for this offer. 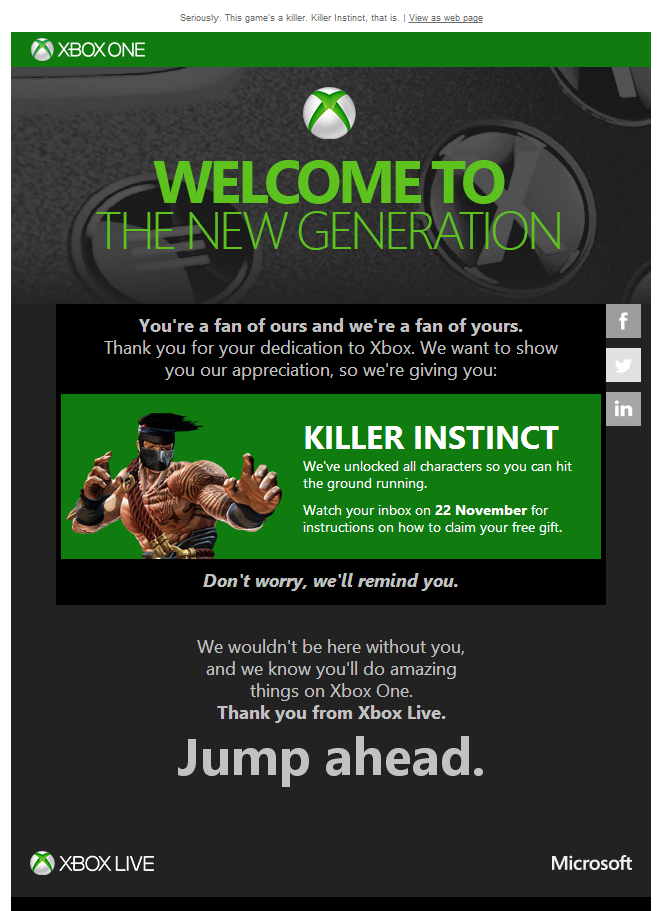